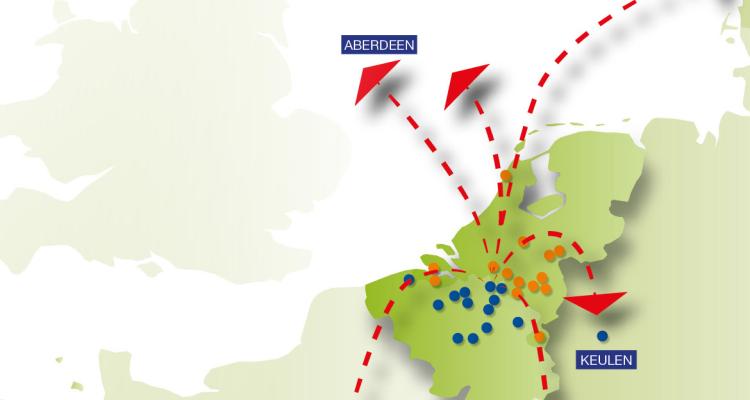 Between 2009 and 2013, Flemish and Dutch technolgy developers, end-users, governments and research institutes started to cooperate on hydrogen projects. A unique ecosystem on hydrogen in Flanders and the Netherlands started to develop. The projects were related to the construction of the first hydrogen filling stations with electrolysis in Flanders and the Netherlands and on the development, construction and demonstration of innovative means of transport on hydrogen (garbage truck, boat and bus).

Based on these results, the Flanders-Netherlands region created a unique ecosystem on hydrogen and is involved in various European hydrogen projects.

In April 2016, ' Hydrogen region 2.0 ' is started, funded by Interreg Vlaanderen-Nederland. This project strengthens the structural collaboration between Flemish and Dutch players, by the development of more and unique demonstration projects in Europe.

In the area of hydrogen infrastructure:

In the field of zero-emission applications:

Ambition is to lead the 'Hydrogen region Flanders-Netherlands 2.0 ' cross-border cooperation at the level of  'leader' in Europe.