The Hydrogen Industry Cluster (Waterstof Industrie Cluster or WIC), coordinated by WaterstofNet, worked on a Flemish hydrogen strategy for 2025 and 2030. This is a bottom-up vision based on the concrete ambitions of hydrogen companies. In the hydrogen strategy, objectives are formulated for all parts of the hydrogen chain, ranging from the production and import of hydrogen, to transport and distribution to concrete end applications. The WIC sees priority use in a number of industrial sectors and in heavy transport and to a lesser extent in the built environment. Hydrogen will later also be used for power generation and flexibility of the power grid. By formulating concrete objectives, the WIC wants to flesh out a Flemish hydrogen policy in collaboration with all stakeholders involved.

WaterstofNet held the pen in close coordination with the 65 members of the Hydrogen Industry Cluster. 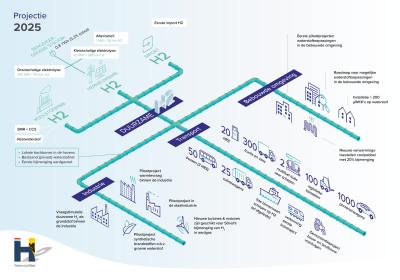 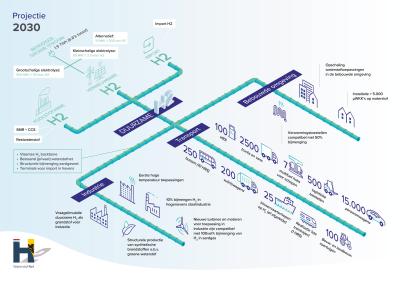