WaterstofNet organised the demonstration of a garbage truck on hydrogen in Hürth, near Cologne

WaterstofNet organised a demonstration of a hydrogen fuelled garbage truck in Hurth in Germany.

E-Trucks Europe has built two hydrogen fuel cell garbage trucks for the ‘Life and Grab Hy!’ project. The trucks are owned by Baetsen and Cure, two companies responsible for waste collection in the Eindhoven region of the Netherlands. Apart from being demonstrated on their home turf, a first demonstration of one of the trucks was organized in the city of Hürth, South of Cologne.

This is the first demonstration in a series of 8 demonstrations that WaterstofNet has planned in the coming years in the framework of the Life and Grab Hy! project (Rotterdam, Antwerp, Düsseldorf, …).

The refuse truck has been demonstrated, in daily operation, for 2 full weeks. It was a great opportunity for the Stadtwerke Hürth to  to learn about the technology and to gain experience in driving a hydrogen garbage truck with low noise and zero-emissions.

The achievements and the impact will be shared with stakeholders at a workshop that will be organised in the coming weeks.

WaterstofNet is pleased about the positive evaluation of the truck by Stadwerke Hürtz and is looking foward to positive experiences by at the next demonstration sites.

Refuse vehicles that are operated exclusively with batteries are unsuitable for everyday use due to the lack of range. The range is significantly greater for vehicles that run on hydrogen. The operation time extends more than 8 hours, depending on the configuration and the terrain where the vehicles are being deployed. Fueling can be done in 10 minutes. 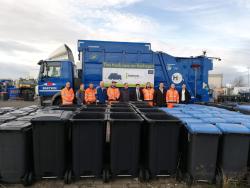 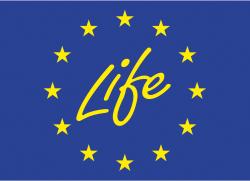