Today the hydrogen refuelling station of DATS 24 in Wilrijk was officially opened. The filling station is part of the Interreg project 'Hydrogen Region 2.0' that WaterstofNet has initiated and is also coordinating.

Fleet managers from the region were given a look at the advantages and opportunities for hydrogen cars in their company fleets. Hyundai presented the NEXO and Toyota the Mirai. ALD Automotive presented its lease options.

The new hydrogen station in Wilrijk, next to the Cardoen site, now creates additional opportunities for companies and private individuals in Antwerp.

Moreover, it is the intention that garbage trucks will soon be able to refuel with hydrogen here (Revive), which will be used by the City of Antwerp as part of its sustainability policy.

The opening of this public hydrogen station along the A12 in Wilrijk is the starting signal for the opening of a series of new H2 stations in Belgium.

In addition to Wilrijk, DATS 24 will open in the coming months hydrogen stations in Haasrode, Erpe-Mere, and Herve, among others. These filling stations are part of the CEF 'H2BeNeLux' project, which is also coordinated by WaterstofNet.

Adwin Martens, Managing Director of WaterstofNet: “Acceleration is needed to get society moving towards zero emissions. Green molecules such as hydrogen will play a crucial role in getting everyone on board. That is why we have ensured that this DATS 24-hydrogen station, a serious investment, was co-financed within the program Hydrogen Region 2.0 of Interreg Flanders-Netherlands.”

Raf Flebus, Business Unit Manager of DATS 24. “Driving on hydrogen is driving electrically, with a combination of unique advantages: a fast refueling, zero-emission driving and a guaranteed electric range of 650 to 700 km. It doesn't get any better than that. All you need is an H2 gas station nearby. This is now possible for many companies in this area," 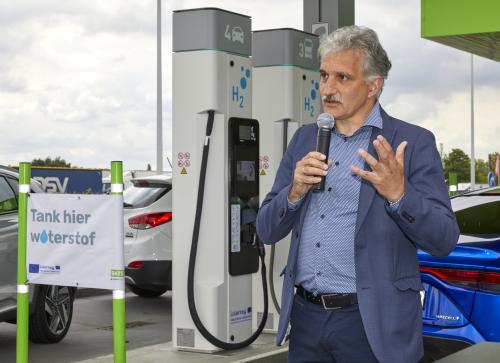 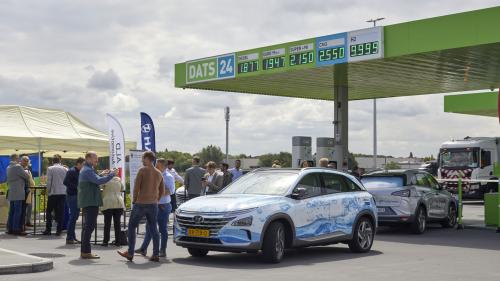 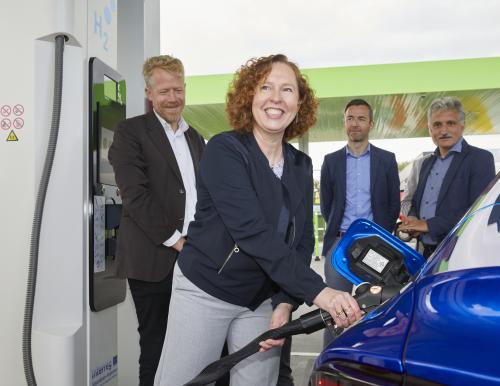 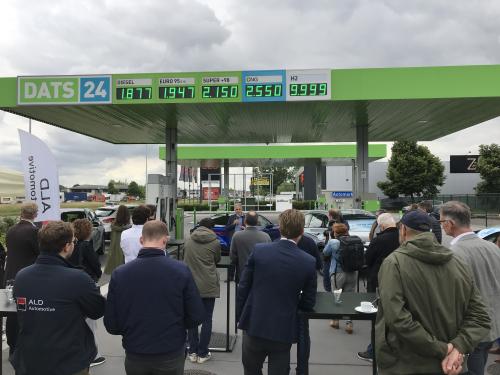 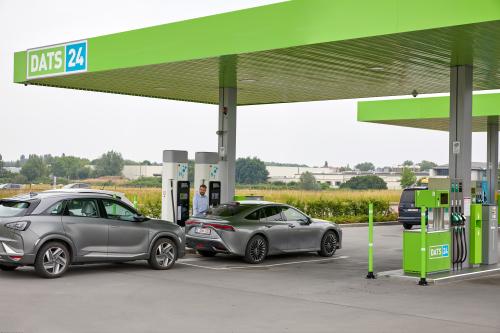