The H2Haul project, co-funded by the FCH JU, is proud to announce that it received the Hydrogen Transport Award at the first edition of the World Hydrogen Awards organised by the Sustainable Energy Council on 9th March.  As a partner in the project, WaterstofNet is very pleased with the award for H2Haul.

The Annual World Hydrogen Awards honour the outstanding contributions of companies and individuals who are driving the hydrogen industry forward. This award is a testament to H2Haul’s enormous potential as a driving force behind the decarbonisation of Europe’s heavy-duty transport sector. Hydrogen-powered trucks are a promising solution as they offer operational flexibility and payloads similar to conventional technologies.

H2Haul contributes to the Green Deal objective by deploying hydrogen fuel cell trucks and infrastructure in Belgium, France, Germany, and Switzerland. The project has already produced results, such as opening a hydrogen refuelling station in the Swiss region of Lucerne. Stations are also being prepared at other deployment sites, such as Fos-sur-Mer in France. FPT Industrial, IVECO and VDL are developing the (16) trucks which are due to be deployed from 2022.

WaterstofNet participates in H2Haul. “We at WaterstofNet are convinced that the H2Haul project ensures that the Benelux remains a breading-ground for innovations that strengthen the hydrogen eco-system,” says Adwin Martens, managing director WaterstofNet. 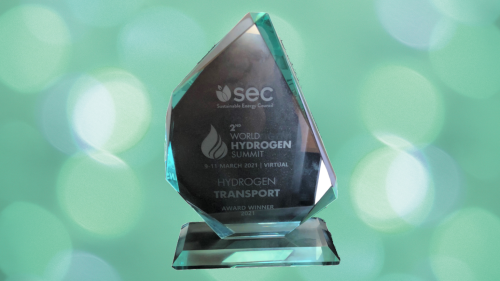 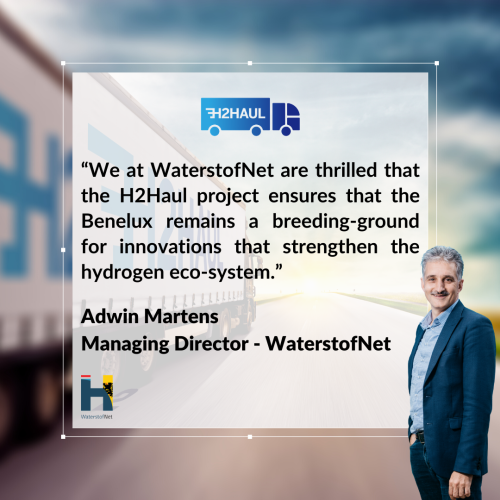