In the past few months, Colruyt Group has been testing a 27-tonne 'range extender' electric truck with hydrogen in Belgium, after having tested a 44-tonne hydrogen truck earlier this year. The group will now also test this 27-tonne truck for a month in France. This truck was developed by the VDL Groep in Eindhoven. The test is part of the European Interreg North-West Europe H2-Share demonstration project, coordinated by WaterstofNet.

While driving the truck, its batteries recharge with the electricity generated by the hydrogen fuel cell. In addition to being sustainable because of the use of green energy and hydrogen, this vehicle has the added benefit of being able to travel longer distances than other electric trucks - an important asset for freight transport. Colruyt Group believes that hydrogen can play an important role in making mobility and energy supplies more sustainable. That is why the group has been investing in this green energy carrier for years, and hopes that other companies will follow.

After Belgium also test with 27-tonne hydrogen truck in France
As a dedicated end user Colruyt Group is testing the hydrogen truck in its daily logistics operations in Belgium and France. Because of the diversity of the group, it is possible to test a variety of user cases. That way Colruyt Group fully lives up to its role as a pioneer in the concrete application of green energy. The truck is also quieter than others are, which also supports Colruyt Group's ambition to make more silent deliveries.

Colruyt Group and VDL Groep are active partners in the European demonstration project H2-Share (H2-Share stands for "Hydrogen Solutions for Heavy-duty Transport Aimed at Reduction of Emissions in North-West Europe"), which aims to build knowledge and experience with large-scale hydrogen applications in logistics. The truck is being tested by the various partners at 6 locations in Belgium, the Netherlands, Germany and France. By sharing the gained experience broadly, H2-Share wants to develop a roadmap for the application of hydrogen in heavy-duty transport. The project is partly made possible thanks to the financial support of the European Union within the framework of the Interreg North-West Europa programme.

Not a first: Colruyt Group leads the way in hydrogen
Since 2004, Colruyt has already invested 6 million euro in innovative projects with hydrogen. The group has been producing its own green hydrogen on the Dassenveld site for a few years now. In the distribution centre, a number of forklift trucks is hydrogen-powered. In addition, hydrogen is being used for 20 passenger cars, which are deployed within the group. In October 2018, the group opened the first green public hydrogen filling station: the DATS 24 station in the Zinkstraat in Halle thus became the first fully integrated station in Belgium with a range of all possible fuels.

In 2020, Colruyt Group was the first in Europe to test a 44-tonne hydrogen truck. This is also a fully electric truck with hydrogen 'range extender'. This test was part of the European demonstration project Hydrogen Region 2.0, Interreg Flanders-Netherlands.

Download the press releases in English, Dutch and French. 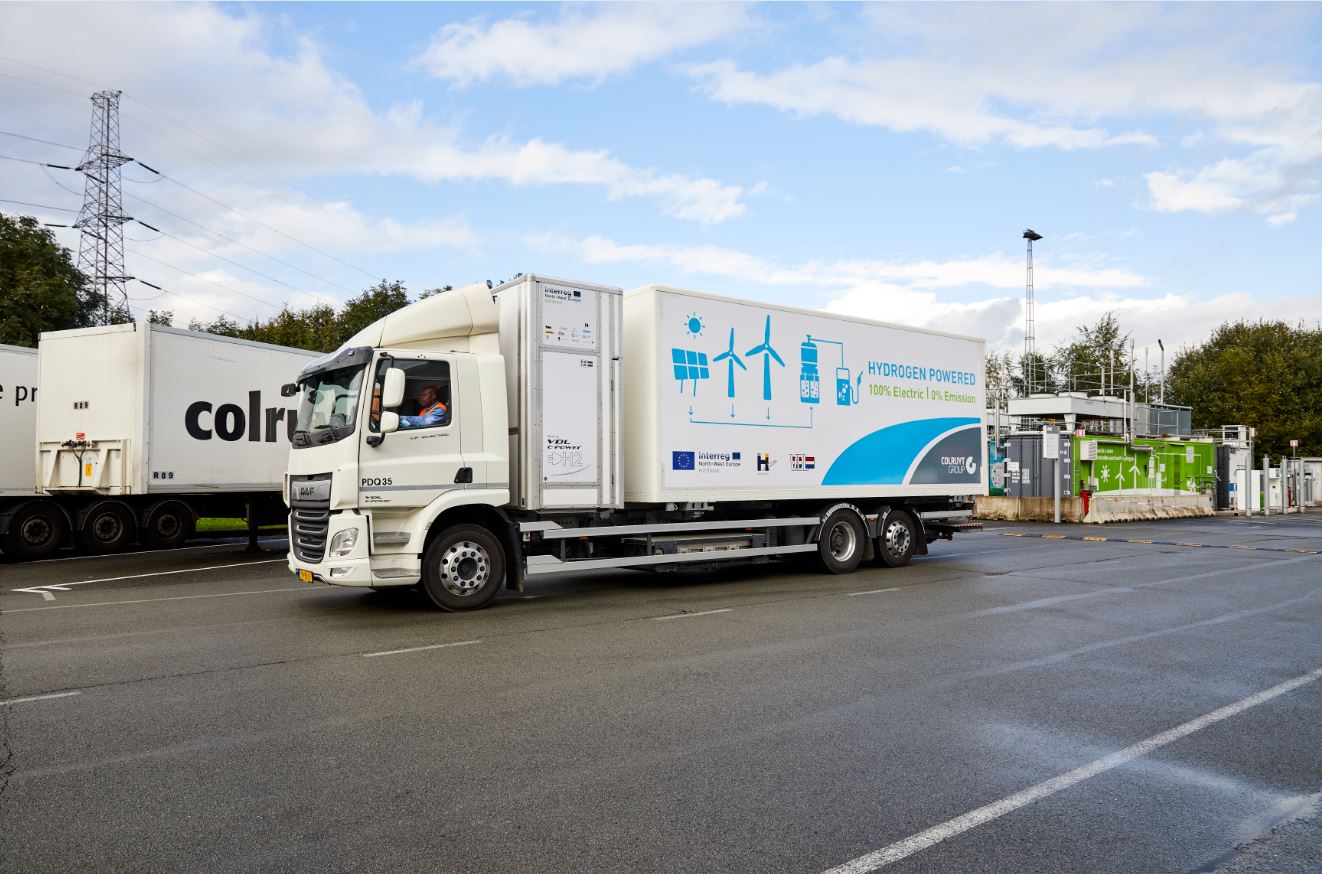 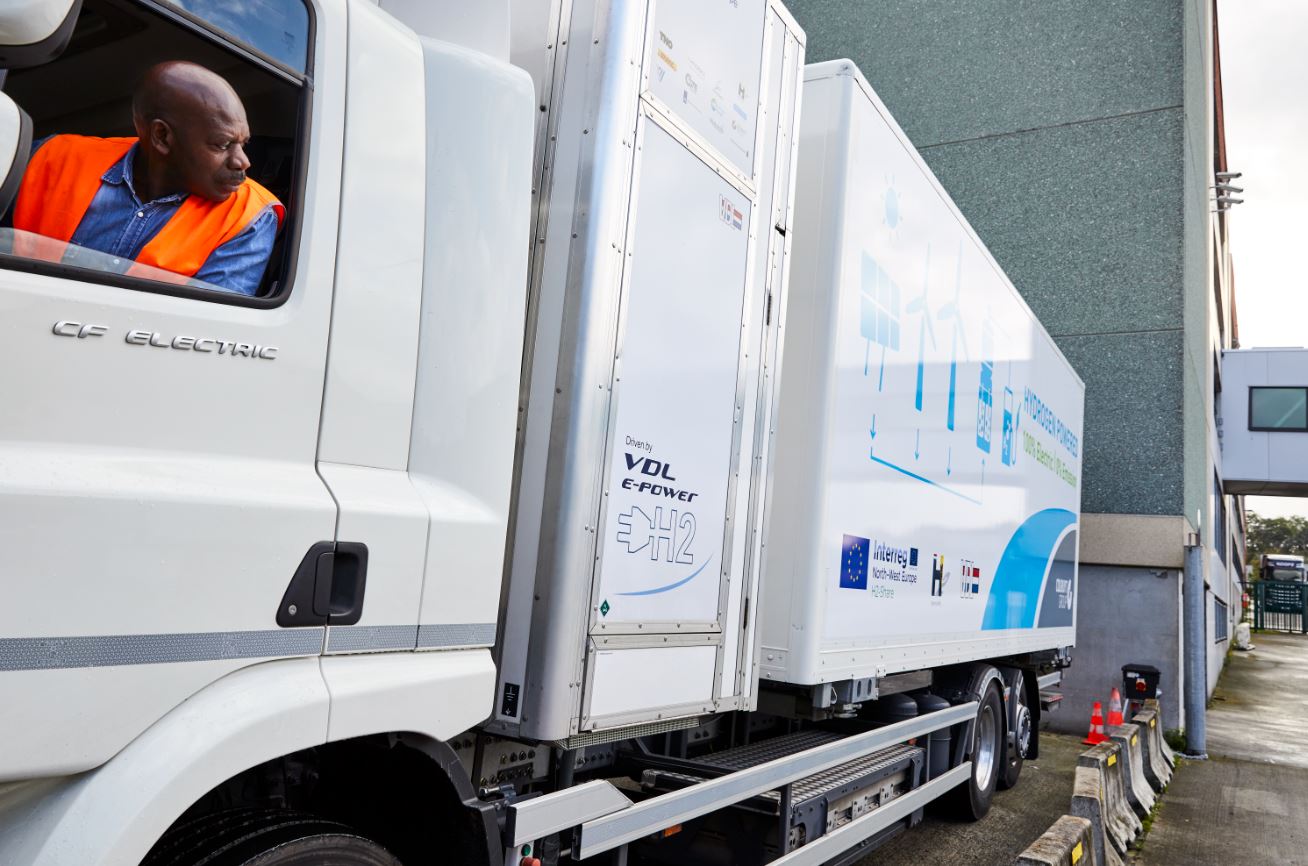 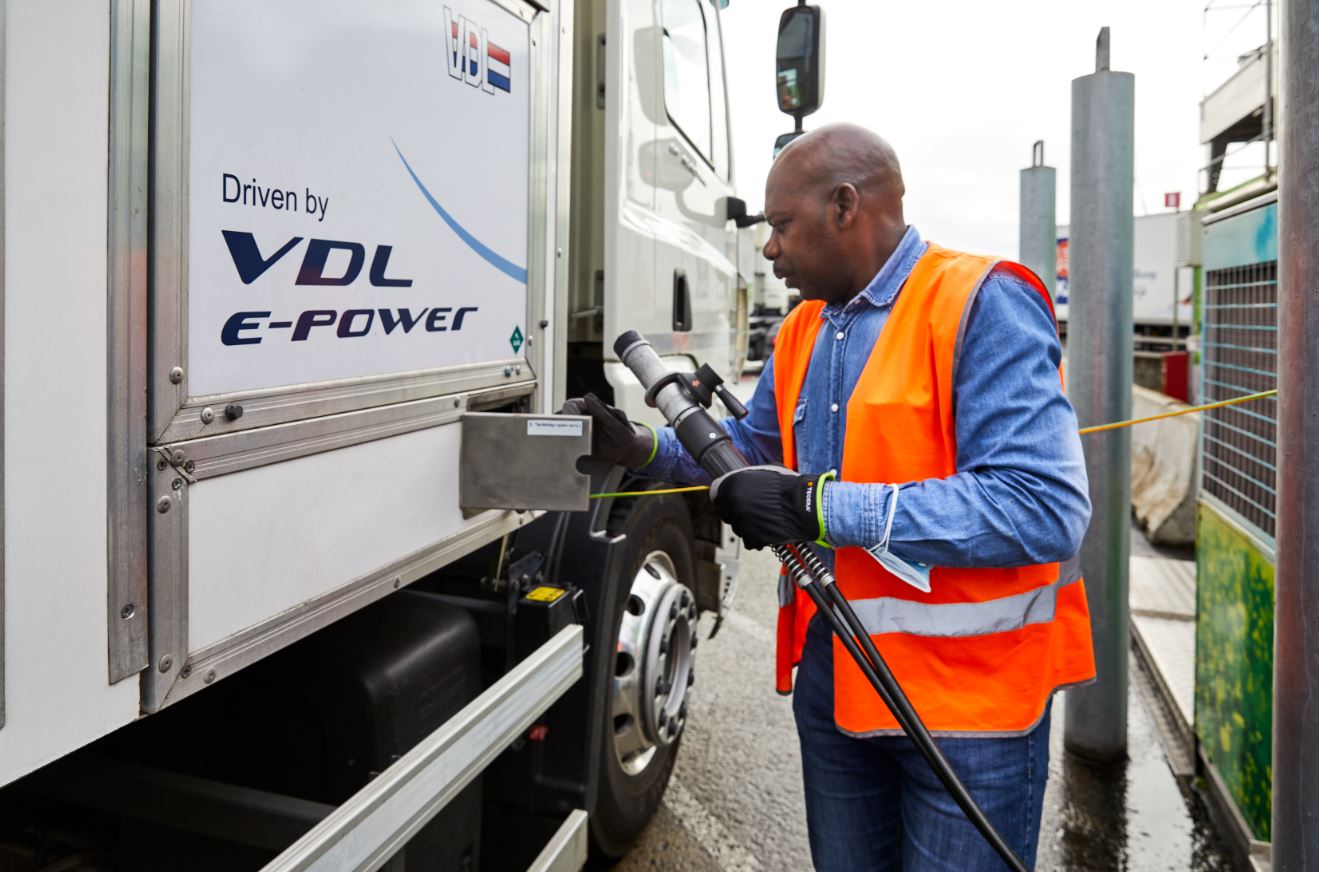 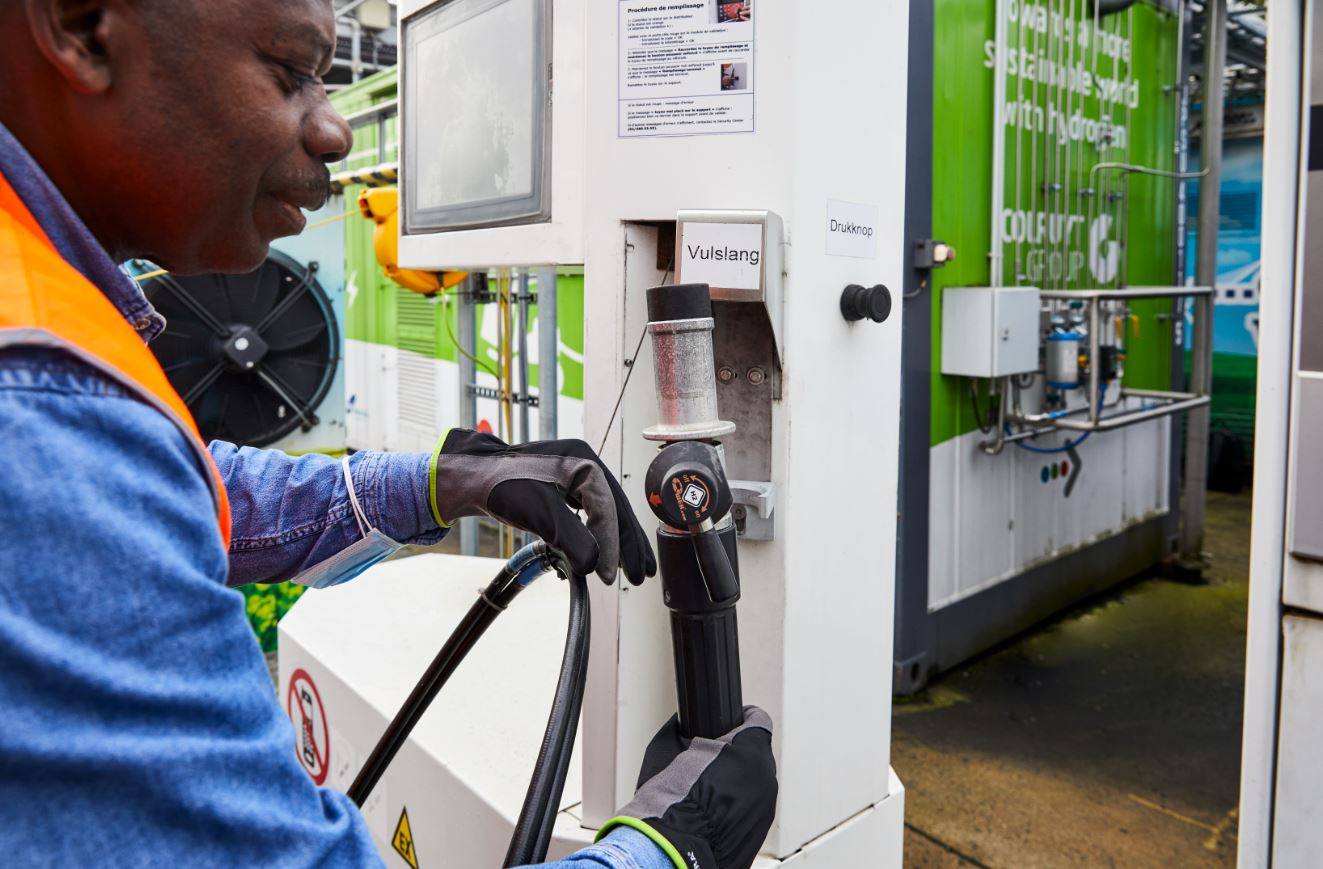 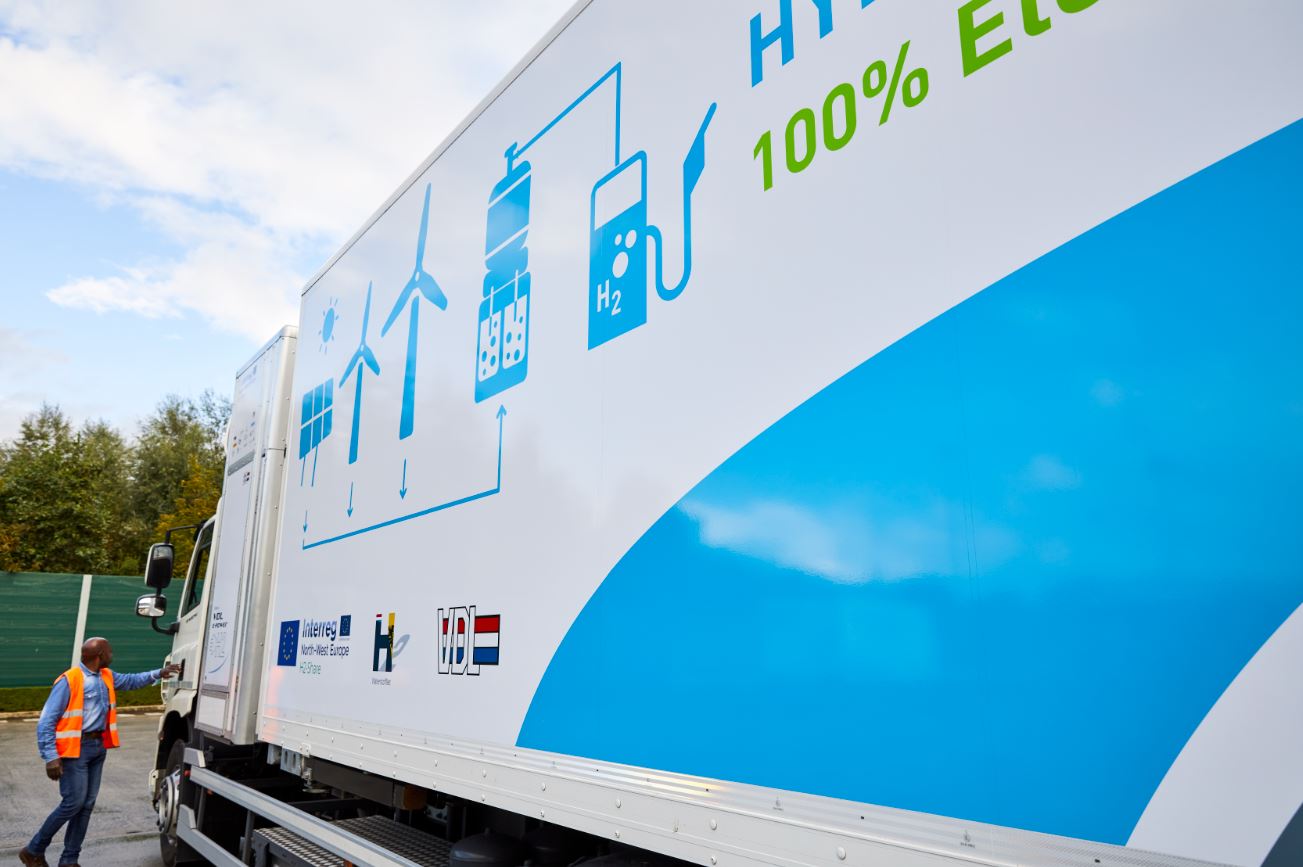 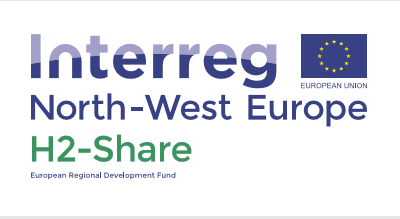